This album title may make you expect something other than you will get. One more reason to love it.

See, this album has been a part of my life for well over a decade, now. I posted it not long after starting Soundbergs using a Youtube link. However, the great man has now added it to his bandcamp, remastered.

Simply put, this is among my very favourite albums ever. Despite the length of time it’s been in my collection, it still gets played regularly. The opener in particular has a strong claim to ‘favourite peice of music, ever’ (although I don’t believe in absolute favourites and would never dream of compiling some kind of all time top ten or any other arbitrary number).

This music is trance in its purest form, and absolutely ecstatic at that.

This does not come up easily in a bandcamp search, let me tell you. As a librarian with some cataloguing nous, I suspect the metadata needs to be enhanced somewhat. Fortunately, you now have a handy link here, courtesy of me.

There is much to love with this, and much to resonate with despite the fact he keeps talking about TV and I haven’t watched TV in years. The deadpan vocals over the laid back motorik mid 90s vibe – no, we’re not talking Underworld, though I do like Underworld; it’s a way more hazy approach.

Apparently it was all done over data transfer rather than physical collaboration, yet it sounds very coherent.

I love this album whenever I listen to it, but it’s bang on perfect for these semi-hypnagogic states that my first couple of hours of each day tends to be.

This is that kind of mellow motorik kosmiche type music that is just totally trance inducing. An altered state all by itself.

I understand one half of Autotelia is no longer with us, which is very sad. This is some legacy, however.

So I’m on the right PC this morning, in a semi-hypnagogic state. Let the buses continue.

This is one of those albums that I’m not entirely sure why I listened to since the description didn’t make me overly-confident, but that just goes to show you how much of a guide descriptions can be. I’m wondering if actually I do have instincts, and they can sometimes be good.

The last track in particular is one of those legendary tunes which in any just world would be amongst the most famous songs ever written, the longest song on the album by some distance and it still isn’t long enough. Eternal music, that kind of song is. But the whole thing is good. 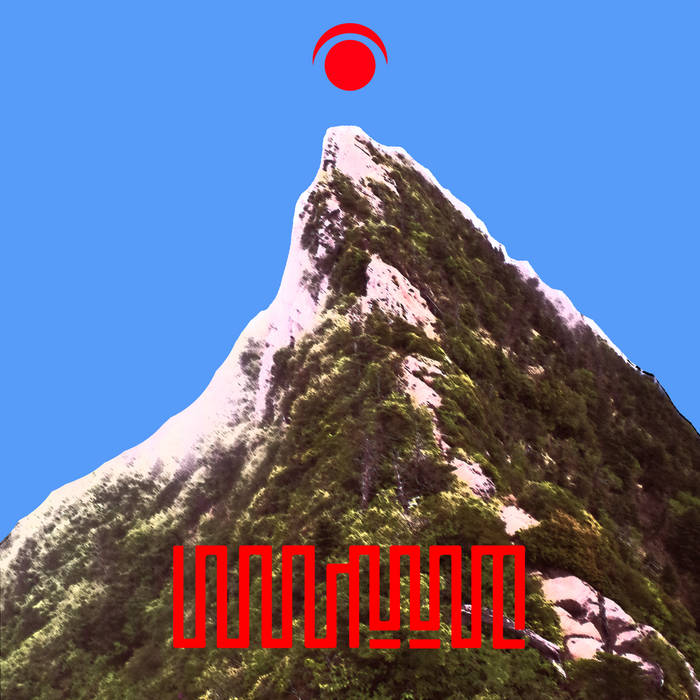 I had a thought nag me that I’d posted their first album, and indeed I had.

This one is nice and mellow, and was a perfect one to start the day whilst my brain still tries to remember what I do for a living. I’ve allowed my schedule to become such that the alarm goes off at 8.15 and I stumble downstairs, turn the pc on, make a coffee, begin work. I must admit I do miss the walk in in the morning, but I don’t miss getting up at 7ish.

The funny thing about working from home is that when you have a ‘holiday’ and then return to work, it feels… weird. Still, it was some kind of normal in a way – I had 473 emails awaiting. Most were on librarian lists debating various librarian things, which I’ll have you know is not at all uninteresting. I dare you to disbelieve me.

Still, there were a significant amount require that I actually do stuff, usually involving spreadsheets. Thank the lord or whoever it is you usually thank for the always reliable Sula Bassana, he of Electric Moon, and his almost neverending plethora of mighty music adding to his/their bandcamp.

I’m sure its just as good without editing spreadsheets. (I hope he uses that as a quote…)

In order to ignore the woes of the cricket for, ooh, some seconds, let’s type a random paragraph that bears no relation to the almost indescribable music that this post is bringing to your attention.

Of course, using the word ‘indescribable’ is in fact a description of sorts, albeit a meaningless one. Much like most music reviews (/snark).

1000 monkeys at a typewriter, etc. Dancing about architecture and all that.

Having said that, one of my posts that was filled with non-sequiturs when I was going through that phase of copying stuff out of my ramblings document was quoted on the release of that artists next release on his Bandcamp page by his record company. Now, to post that album I feel obliged to find another bunch of such ramblings. Takes my mind off the cricket, I suppose (all out for 67! Fucking woeful!)

I just noted the time and the second day of the Ashes is about to start, plus my tea break is probably up now, so I really should just get on with it.

Or is the risk of dying not enough to make something a sport? I should just look in a dictionary and see if the definition of sport is something along the lines of ‘a leisure activity that contains risk of death.’ After all, this would then rule out politics, war, commuting, etc from being considered sports.

But then, there are people who think that the entire ‘life’ thing is just a game (usually rich people who don’t value other human beings very much) – what if they’re right? Ugghh. And with that I’m off to see if England collapse as predictably as they have been doing recently in tests.

When you call your fourth album ‘I’ ?

Not sure what to make of that. In fact, I never did get the idea of self titling albums. I just didn’t. It’s so damn easy to come up with album titles that why would you self-title an album? But this sounds like criticism and it isn’t meant to be. I may be actually telling the world of some or more of my own limitations.

That’s all that writing is, really. Bear that in mind next time you read a music review. Pretty much the only times it isn’t is when someone is copying verbatim something from someone else (as in, most ‘news’ these days), or genuine stories.

The theme for this week is buses, as I have a week off work just because. This means I get to ride many more buses than usual.

The first of this weeks buses comes from Santiago, Chile, a country rightly famous for Follakzoid and also for sounding like a cold place whilst simultaneously  sounding like one of my very favourite hot foods of all time. Almost all of my stir fries have chopped chillies in them. I particlarly like the ones called Birds Eye Chillis though they do not look like birds eyes, or even mass produced frozen food. Maybe a native of Santiago would find my attempted humour even less funny than my usual peer group do.

This is what comes of looking at many buses.

So this bus has a picture of some old ruins on the front. I don’t know what to make of them. Nothing, I suppose. They’re ruins. Let them be. Let them fade with all those other failed constructs from past times and spaces, a reminder of something you never knew in the first place.

This bus sounds like it’s motoring along smoothly, and the journey it takes you on is a pleasant one. It doesn’t get in your face with how much of a good bus it is, it just drives along at an appropriate speed for the environment in which it travels through.

I heartily recommend this bus to all who would take a bus journey.