So I went to see The Myrrors last night at Duffy’s Bar, a very enjoyable night which reminded me I hadn’t flagged to the world that I love Arena Negra, their album from earlier this year. So this post is really to rectify that. 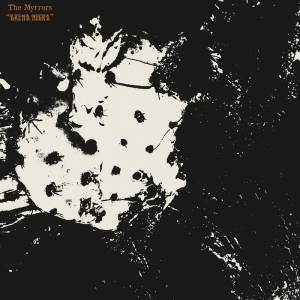 But anywho, whilst there I was talking to my long time friend in musical explorations about how I rarely dive into a bands back catalogue now, unlike when I was younger and tended to go full completist on everything (there are a couple of current exceptions – guess who? and well, obviously).

So when starting this post I decided to see what else they had.

On the strength of last nights wonderful music, I am therefore going to give all of these things a listen. Those of you unfamiliar with The Myrrors would do well to check out the embedded album below, for I love it very much. These are one of a few bands who are noticeably beginning to channel the wonderful Parson Sound (another being the awesome Les Sorciers du Theil), a band who history will soon regard as the true godfathers of psychedelic rock. I’m going to dedicate a post to Parson Sound soon, actually.

But they do very much their own thing. You can hear the desert in their music, so much space is there (I find the same thing with many of the desert blues acts of North Africa, particularly Tinariwen). There is also a hint of tribal rhythms, and I could easily imagine listening / jamming to this round an actual campfire, probably in the desert (the only desert I’ve seen or been to is the one in Australia; admittedly it’s not a small one, although technically it might actually be an ‘outback’). Don’t know what we’d use for electricity, though. Maybe we could plug into a salamander? I’ve heard those things have juice.