One of those albums I’ve listened to lately that I mentioned in passing. This is one of those bands from my youth that I neglected to mention in that mixpost I did about being 20, though I think I actually discovered them aged 21 anyway. This album has some genuinely great tunes on it. There have always been great artists that have gone unheralded in their time. This is why we have memories (and recordings…)

This was called ‘alternative rock’ back in the day, a stupid genre name which I’m using even though if this exact album was released today I very much doubt they’d put that tag on it because of its vacuous meaninglessness. Maybe they’d call it psych-rock which is fast heading in the same direction! It’s easy for me to scoff cos I didn’t do it (to paraphrase Chick Hicks), but I can’t think of a label hence why I’ve gone with the lazy one with added snark. The snark is probably to hide the fact that I myself haven’t got a name for the nameless.

There’s a Phd in that for someone who can be arsed to do it. 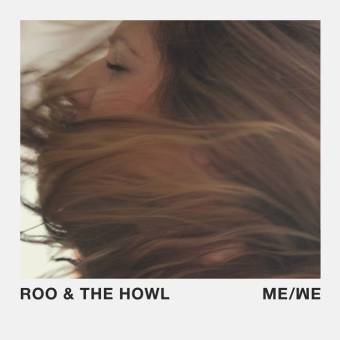 So I have a habit of clicking on the supporters of an album to see their collection, something I’m sure we all do. I tend to be more interested in people whose taste only vaguely corresponds with that of my own, because that’s a way of seeing through a window I wouldn’t have otherwise looked through. And by doing that, I listened to Roo & The Howl, a great artist name by almost any standards you can possibly care to mention.

For reasons I’m not entirely sure of, I haven’t listened to much music lately. What I have listened to hasn’t formed any coherent thread, either. Even so, a very tastefully produced country flecked indie-americana album would not have been high on my list of suspects as ‘worth dusting off my blog’ for.

If you imagine a mellower, country-er Heron Oblivion then you’ll be getting somewhere close, at least given my very limited knowledge of this particular field, a limitation which makes it impossible to give you any further references. Maybe I’ll edit some in later.

I’m not sure if she’s got anything else coming as the website seems to have not been updated in a while, but if she does, I’ll be most interested in seeing which way she travels.

Another trip back to Brazil, completely unlike any of the previous visits.

Yantra do what is described as psychedelic meditation music. From such a thing you can expect and will receive two slow-moving pieces of improvised performances which do that hypnotic transcendent thing of which I am so fond. These two pieces were recorded in 2016 at separate locations, and you can tell the difference in atmosphere of each piece. They do complement each other very well, however.

Because I don’t often listen to pure drone works, I don’t really have any reference points for you. That probably isn’t important anyway. If you’re in the mood to chill, this works very well.

The label that releases this seems very interesting, too. I had a listen to one of the Hierofante releases, and I’ll definitely be going back for another listen.

So a Chilean kosmiche trio walked into a backstage party at a Wooden Shjips gig… and ended up re-working two tunes from their most recent release with the help of a minimalist drone guitar legend.

This is one of those collaborations that makes even more sense on your speakers than it does on paper. Föllakzoid have come a long way since their early days and have now forged a sound recognisably their own. Jason Spaceman slots right into it, as if he’s been playing with them for years. Some of my favourite of his guitar shapes come out on this, particularly a passage that reminds me of my favourite Spiritualized song, Pure Phase.

Did you ever hear Richard Fearless’ remix of Regular Fries Dust It, Don’t Bust It? That would fit on this release perfectly. The atmosphere has a groovy but woozy late-night feel (although it’s 8am as I type this; thanks kiddies!) The two pieces reworked aren’t that drastically changed from their first incarnation in that they are recognisable but they seem to have gained some extra space with the extra person on board. Their music continues to evolve in a manner befitting of true forward thinking mofos. 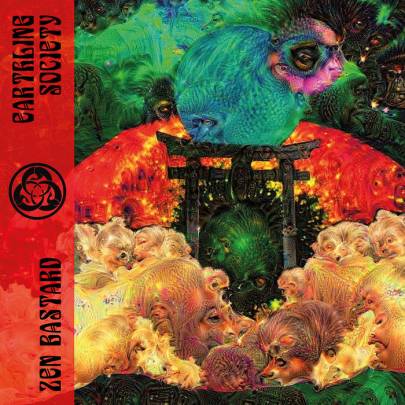 The chance to put the word ‘bastard’ in a headline, non-gratuitously? Sold!

Actually, though, this is probably my favourite album of the year so far. When my brain gets invaded my unwelcome ear-worms, it is the current – and formidable – defense system, especially Outsideofintime.

According to the blurb, these are re-recordings of some older tunes, with a new one thrown in. As I was previously unfamiliar with the band except by name, they’re all new to me. Reworking old songs is a good idea, though, when appropriate. I’ve started to realise with my own material that a song is never finished and will always continue to evolve of its own accord if you let it. The wonderful Big Blood frequently do this, too. There’s something about this notion that I’ve been wanting to put in a post for a while, so there may well be a macro-post coming up soon.

The songs are loooong, which I like. They skip around a bit, which I normally don’t like cos it makes me think ‘progressive’ which used to be a swear word around rock music when I was younger (thankfully, I grew up), but these boys make it work very well which proves the strength of the material. Stylistically, we’re talking about a 70s influenced space-rock vibe, so if you likes you your Hawkwind, do check these out. I also find myself thinking of Litmus in the approach and delivery. There are also dub infusions. More rock bands should have dub infusions.

The last time I was aware of Josh Abrams making an album, I had a bit of a grumble about how it wasn’t that easy to get hold of, at least for me. Well, that seems to have been fixed now, and I found that out by finding out that he had a new thing out. Not only that, but he’s also collaborated with the Soundbergs-approved Bitchin Bajas in the meantime.

This is the groovy end of jazz, the type I like, where the music does a number on me hypnotically. It seems to be a natural progression from the above-mentioned Magnetoception, nice long grooves with a motorik pulse. There’s nods to the spiritual jazz tradition of the Coltranes and Pharoah Sanders, but also a mellow, laid back feel. This music isn’t in a hurry; after all, there is no need to hurry to make an eternal point.

A few words have been typed making mention of the fact that this has been credited to Josh Abrams AND Natural Information Society, which suggests that this may be more collaborative than previous efforts. Whether that’s the case, or whether this is simply a more explicit acknowledgement of the collaboration, this is an excellent addition to Abrams output.