Or: more reasons to love the awesome Whitney Johnson.

Most of you familiar with the psych-rock/space-rock/stoner-rock/jam-rock/whatever-the-fuck-rock scene should be familiar with Verma. But then, I thought that about Electric Moon…

There’s probably a whole philosophical system to be wrought out of the realisation that what seems to be obvious and self-evident to one person (i.e. me) is in fact obscure and recondite to the population at large. Having said that, I like the world I live in better than the one inhabited by the population at large, what with all that fear and facebook (what a combination!) and nothing being quite what it seems…

Verma have, amongst many other acts, exploded into my awareness this year due to the astonishingly consistent high levels of quality across their output.

From here you can see their entire discography. Unfortunately, the most recent album is only shown – there is no method of playing it, and the record label link is dead. I hate when that happens! So the video at the top is from this marvellous album. I recommend probably the entire discography – the first album is a bit patchy and not very well recorded, but from Coltan onwards it’s gold all the way, and some of the albums are free downloads to boot. Why are you still here?

Bit obvious, really. To be honest, I was secretly hoping it was going to be a bit of a letdown… no chance. 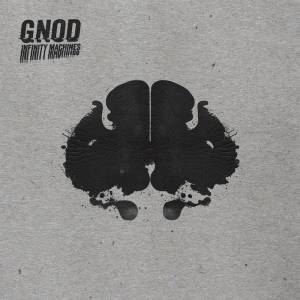 It does take some listening, though. Even taking off the 38-minute bonus live recording that I got for pre-ordering, it will account for a large portion of your evening, assuming you want to listen to the whole thing in one go.

Interesting aside: I don’t have a vinyl player nor the means or practicalities for getting one. If I did, I would certainly consider buying the vinyl, and then I would probably be happier to play the album in chunks. Has anyone else found that whereas they used to happily play one side of a vinyl album, they now think that they have to play the full tracklisting when it’s on CD or MP3?

Back to the album: it is relentlessly ambitious, the sheer range of music contained therein is enormous; everything from Albert Ayler style free jazz to harsh noise, industrial beats, dubby breakdowns… oh, and the occasional blast of psych-rock too!

That 38-minute bonus track? It’s actually my favourite thing on there. It’s not the only piece on the album to make me think of my own personal favourite jazzy artist (Valerio Cosi, if you haven’t been paying attention) but remind me of him it does.

and any band who call one of their best, most epicest tracks ‘White Priveleged Wank‘ have to have your respect. They certainly have mine.

This album is so good it might even challenge the awesome Hey Colossus for best release of the year (I said ‘might…’).

I don’t find much about these on tinternet, though I can tell you that Malayeen are “the Lebanese trio of Raed Yassin (Keyboards, Turntables & Electronics),Charbel Haber (Electric Guitar & Electronics) and Khaled Yassine (Darbouka, Percussion).” I believe I actually first read about them over at Dusted in Exile, but can’t be bothered to trawl their archives (I am not a fan of the tumblr sites, no, not at all).

Given my general abhorrence to labelling musics these days, it probably comes as no surprise to start stumbling across music that my limited western mindset wouldn’t even know where to start in terms of classification (although I believe I may have had a rant about the notion of classification…) All I’m going to tell you is that this puts me in a trance, particularly the longer songs on the album (one of which I have linked up top), and by my definitions, that makes this music psychedelic. It also reminds me somewhat of some of the ecstatic Sufi music I’ve heard. Boy, would I love to be around that in real time.

Because I can’t find any ways of playing you the album, here’s another tune: