There is a theory that has some currency within the occult blogosphere that suggests that such things as divination, and indeed, successful enchantment, stem from an ability to make contact with your future self. There is no one definitive link that I’m aware of, but here is a good place to start.

I have a longstanding very dear friend, who I, not often enough, have long chats about music with. Of late, he has recommended this very group of noisemakers and indeed it was after a chat/email with him that I went and listened to their new album on Bandcamp (this is why I love that platform so much, and find myself bemused by people who don’t use it to its potential, artists only allowing you to hear two tracks for example. Selling albums by one or two tracks only is a dead business model! Dead! Make your whole fucking album awesome!). The name Hey Colossus was not unknown to me; I have a copy somewhere of Hey Colossus and the Van Halen Time Capsule which I do like, but have to be in the mood for. 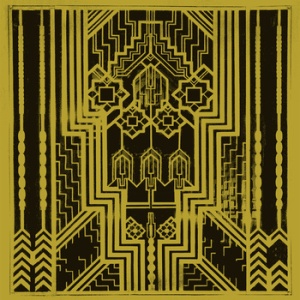 The first time I listened to In Black and Gold, I was at work but I nonetheless enjoyed it. But what really stuck in my mind was a sensation of just how much I was going to enjoy this in listens to come. I felt a marvellous, yes marvellous, anticipation. So I bought the download, and then forgot about it, which was a bit silly.

I then had a dose of man-flu with bonus sinus-migraines which I’m still shaking off a month later but at its worst I barely listened to any music at all, with the exceptions of Dahga Bloom and Big Blood. Recently starting to feel a bit better, and treating myself to a computer game that I can get completely lost in, I queued up a load of music last Friday night for a bit of a sesh. At about midnight, music comes on that I don’t recognise. Song after song, each better than the last, hypnotic, pulsating, loud, heavy, riffmungous: eventually, I have to turn off my game to see who it is, and hey presto, ’tis Hey Colossus. I had even forgotten that I’d queued it up.

It’s since had a nightly play, me and In Black and Gold can be said to be having a most torrid affair (sorry if you thought you were the only one, but we’re in love!)

But I also find myself wondering if I somehow, in that marvellously weird anticipation, tuned in to just how much that half an hour before I gave in and looked at the artist was going to blow my mind. Also, would it have had the same effect if I’d just played the album whilst surfing tinterwebs and therefore not in the dark about the artist? ‘What if’ questions are, of course, pointless. You only have what actually happened.

And what actually happened blew my mind.

I know nothing about this band, and can not find a bio. I tried looking at their F******k page but it made no sense to me. So I’m simply going to say what they sound like. Although, actually, you can listen to them. Go on. Listen to them.

I discovered ‘No Curtains’ because it made some year end list or other, and unlike most of the stuff on said list, really did rock my world. For the last couple of weeks I’ve barely listened to music due to a sinus induced migraine; I’ve made an exception for Dahga Bloom (and Big Blood, natch, as they have two – count ’em – new albums out). I’m not actually sure I’d go with the ‘psych’ descriptor but chucked it in because maybe I’m suffering from definition fatigue and it isn’t this particular definitions fault.

I promised loud, and actually this is… intense. 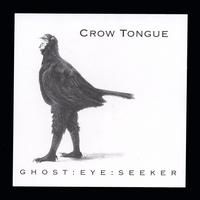 Much like the album from Valerio Cosi that I bigged up some posts back, Ghost : Eye : Seeker doesn’t seem to be fully listenable online anywhere so you’re going to have to take my word for it, although you can listen to a couple of the tracks here and here.

For those of us who have some experiences amongst altered states of consciousness (although technically watching TV is an alteration of your consciousness, albeit reducing its scope; I mean in the way our culture currently understands the term) this album is a route into a different way of seeing that requires no extra inputs. Playing this album in the background is a waste of electricity; you have to engage and listen to it. It will put you in a trance-like state every time. Well, it does me.

Other people have used words like raga, drone, avant-garde, free noise, improvisation in trying to describe this. Certainly those words make sense once you’ve heard it, but they are not complete descriptors (can any words be? This attempt by Julian Cope, much as I respect him and his music, represents exactly why I don’t want to try too hard to describe music myself… although I am fully on board with the sentiment). All I can say is thank the lord for random fans putting up songs on Youtube so that you can listen to at least some of it, although the second clip I linked has to have pretty much the least relevant image to accompany a song I’ve ever seen.

As for why I’ve categorised this as experimental psychedelia, I personally ‘define’ music as psychedelic due to the effect it may have on my consciousness rather than whatever stylistic conventions it may follow. I shall get more into this on part 3 of my ‘passion or pastiche‘ series.