Now, we all know that Assumption is the Mother of all Fuck-ups. However, piqued as I am by unusual artist names, I find myself assuming that they probably formed on an 18th of May. Otherwise, why that day in particular? Unless they pulled a date out of a hat. Depends if they have a hat. Most people have hats. I have a hat. Actually, 3. I count a baseball cap as a hat. Otherwise its 2.

They’re no longer active as an artist. I wonder if the date they decided to not be active – if decided they did – was the same, or different? Or did they pull that out of a hat as well? These are important questions!

Should you feel the need for something mellower after Banshee, this is your thang. Not unlike the equally intriguingly named Trimdon Grange Explosion. 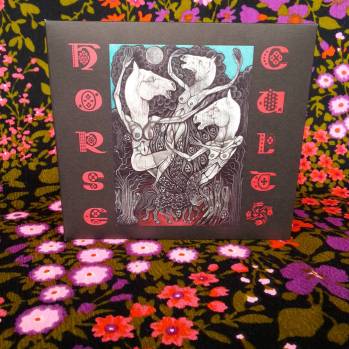 I don’t think I’ve listened to enough Neo-folk over the years. I mean, I love Espers and still play them often, and I’ve got an album by The Iditarod which is wyrd neo-folk, but either there’s not much of the stuff around, or I simply haven’t crossed paths with it.

Well I can now add Horse Cult to that small collection. This is really good stuff, as good as the aforementioned Epsers. The songs have a more traditional feel with occasional medieval/nursery rhyme type things going on. But there’s also drone, and experiments, and a dense atmosphere of acoustic guitars, flute, fiddle, mountain dulcimer and layered vocals, with a bit of drum. And they reference all the pretty little horses. Also, I once or twice found myself thinking of The Battle of Evermore. Again.

I think I need more neo-folk / dark folk / heathen folk in my life. There seem to be some references here I might follow up. Any other suggestions would also be welcome.