Because I mentioned this to Chris on Saturday. This is probably my go to Gnod album at the moment. This is them doing trance and repetition unto infinity.

For those unfamiliar, this is a compilation of tracks, jams and grooves from earlier in their history. These days they tend to the louder and angrier, and whilst it’s still good, I always preferred this approach.

I mentioned on one of my posts yesterday about Tony’s First Communion, amongst my fave ever tunes. Well, there’s a kind of proto-version of it on here. It’s not the the same as the one on Crystal Pagoda, which is also well worth your time.

I have a colleague at work with whom we discuss music fairly frequently and through each other we have discovered some good stuff over the years, although some of the stuff I’ve tried him on has been a bit hard for him to bear – he described Gnod as Pink Floyd having a bad trip after I played him Tony’s First Communion (one of the best pieces of music ever, imo), and said he’d rather pull his own teeth out than listen to Oneida again.

Anywho, a success story was a band called Appliance, who I’m sure you all remember from the beginning of this cursed millennium. He said to me that he couldn’t believe he’d missed them as he was well into that type of music then and he was familiar with all their contemporaries yet Appliance completely passed him by.

I feel somewhat that way about Nova Express, who I now know to have been around at that time too, though I didn’t then. And whilst I’m not going to claim that my journey into repetition and minimalism was complete by that time, it had certainly started and I’m convinced I would have done the listening equivalent of feasting on this stuff.

Be that as it may, I know it now, and I know it gladly.

And since we’re talking about dudes who are on it, why don’t we add Gnod to the party?

This is where maelstromic trance goes dark. My only complaint is it ain’t long enough, but I don’t think it ever could be.

I’ve noticed I type less and less words with my posts these days. This can only be a good thing.

Whims, eh? There’s actually a fair bit I’ve discovered lately, but I’m on the wrong PC and have bad memory. Otherwise I suspect I’d bombard you with another buses series.

How often do I need to post the work of Julius Gabriel? Probably as often as he does it. Dude is properly on it. So is his partner in this maelstrom, João Pais Filipe, who you will also hear in the next post, equally maelstromic. Neologisms, eh? I love ’em. This is the musical equivalent.

This be the second Paisiel album, so I hope it means there will be more.

We’ve met half of Paisiel before in this parish, one Julius Gabriel. He is clearly one to watch.

The other half of Paisiel has done this percussion album which I listened to lately after one of its tracks was played on a Black Impulse show. It’s on my list of things to listen to again.

So I did it again because I’d done it before. Remaining yet unconvinced, I tried a third time; indeed, I soon stopped counting.
Then a voice asked me
‘Why?’
Having no answer, I ignored it. If I couldn’t convince myself then I was in no place to justify my actions but since I lacked an alternative, I continued doing them.
and then another voice asked
‘Why?’
‘Because’
replied the first voice, which I was grateful for because I was about to say that very thing. A conversation started which was really boring, so I won’t repeat it here. I tuned it out into background mental chatter.
and then
apropos of nothing
I said
‘Why?’
and the chatter stopped
I’d forgotten how unsettling the silence was. 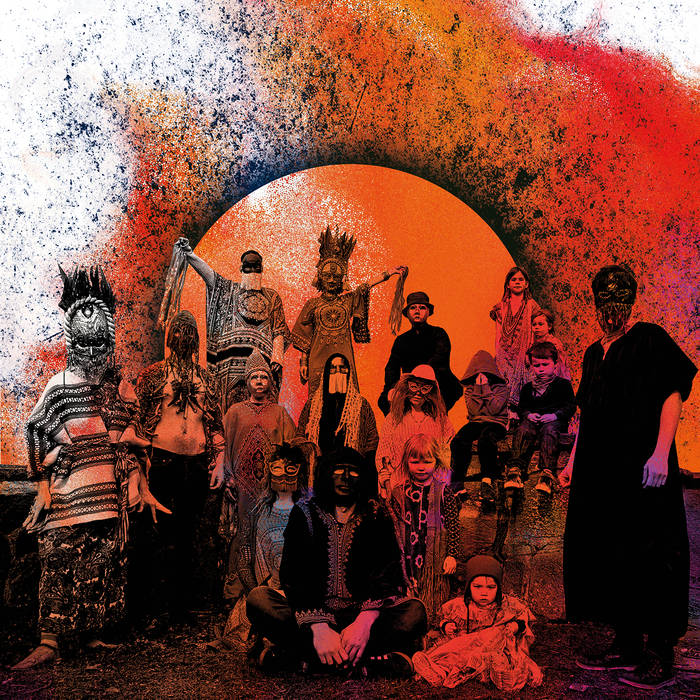 I still don’t quite know how to handle Goat, which may be a sign of genius on their part and/or stupidity on mine. I even wrote a 4-part opinion inspired by them not long after I started this blog. And continuing that relationship, I had this album in my Bandcamp wishlist prior to its birth and once it was out, I went to listen to it. After 6 songs, I removed it from my wishlist, but kept it playing anyway. By the end of the album I’d done a 180 and bought it.

What you may gather from that is that the best stuff is on the second half of the album, although my subsequent repeated listening has opened up many of the treasures to be found in the first few songs too. Not surprisingly, it’s the longer tunes that are my favourite; Goatband in particular emphasising a kind of Fleetwood Mac-having-a-jam feel, and is currently up there amongst my favourite tunes of the year.

The styles range from psych-tinged afro-pop to the aforementioned 70s behemoth approach, with occasionally hypnagogic moments to the melodies and regular snake-like rhythms. Indeed, one such rhythm it was that inspired my dive back into the Fela Kuti catalogue a few months back when it was the b-side on a recent single.

The back story might be a load of old bollocks, but the music is often great, as well as fun and thought provoking. I also think it would make a great soundtrack for dancing around campfires, something I need to do more often.