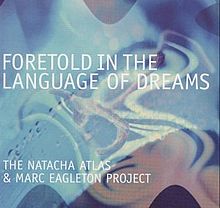 So I mentioned that I’d been intending to cover a couple of albums from my historic listening, and here we are with one such.

It occurred to me lately that when you listen to something is just as much a factor in how good you perceive it to be as the quality of the music itself, although the latter is of vital importance. The point I’m trying to make is that something that is really good might seem average if you’re listening in the wrong mood, and mood is very often time dependent as well as context dependent. For example, something that really works on a Sunday morning is not guaranteed to make the same spot resonate in the same way if you put it on Friday evening before going out somewhere.

So, this is a good Sunday album, although it’s also a good late night album if you’re in a mellow mood.  I also think it would be good for listening to at work; those spreadhseets ain’t much fun with library office gossip as a background noise. It’s a cross of middle eastern sounds – which I do have a regular soft spot for – with ambient production and atmospheres. It’s nowhere near as uptempo as her usual style, but I do like that too.

I haven’t found a simple one stop shop to listen to the whole thing, and out of consideration for those of you who are suffering with software creep, I’ll not embed every single track from youtube, though here’s the details if you feel the urge to track more down. Here, then are a few tracks:

The whole album is worth checking as it’s very chilled.